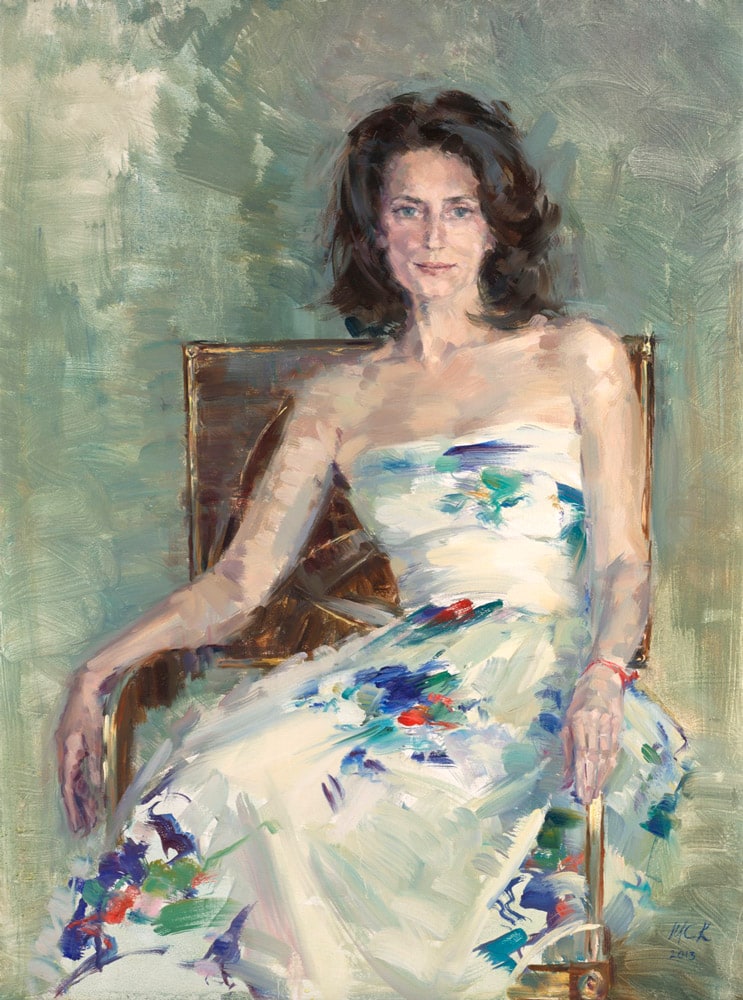 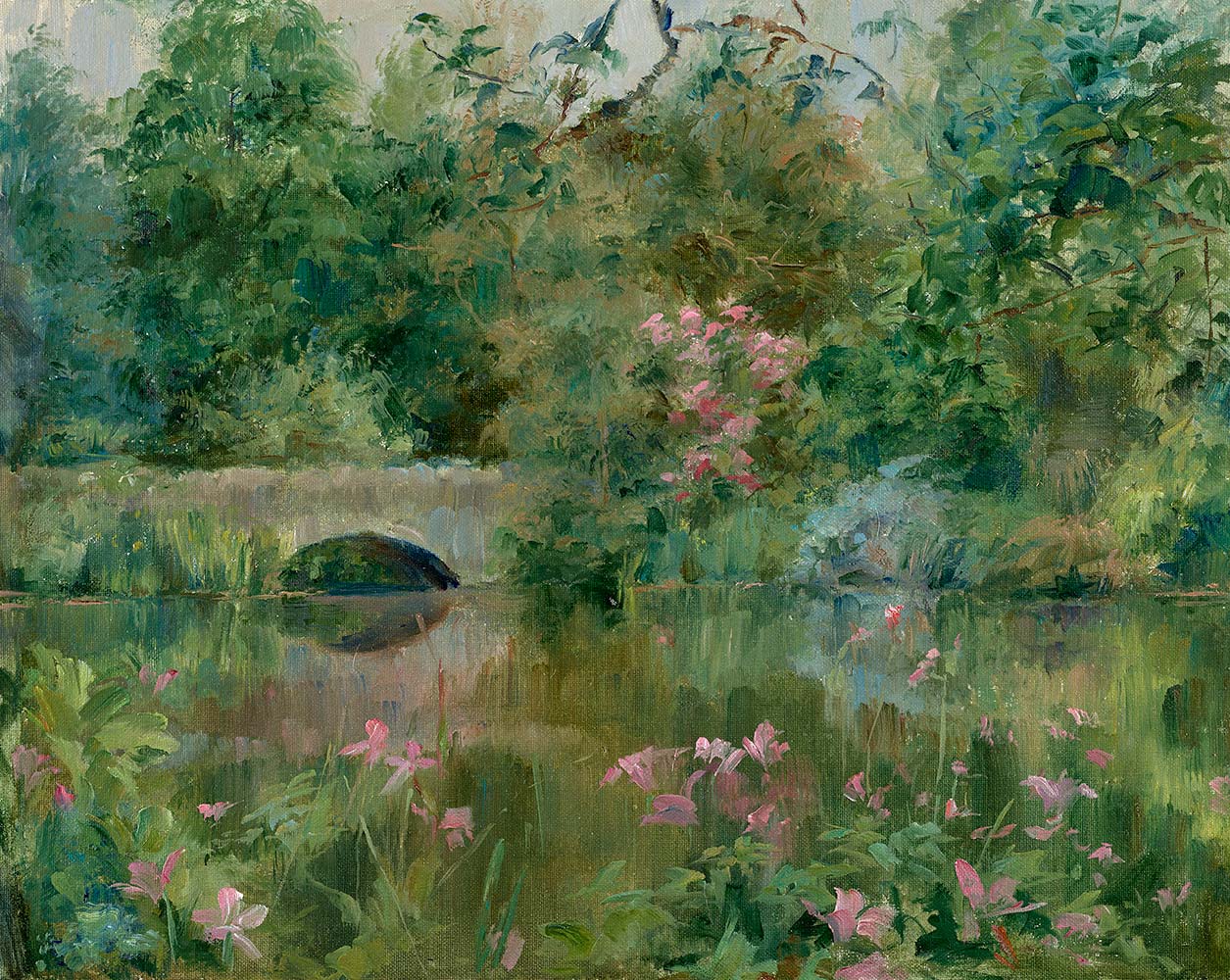 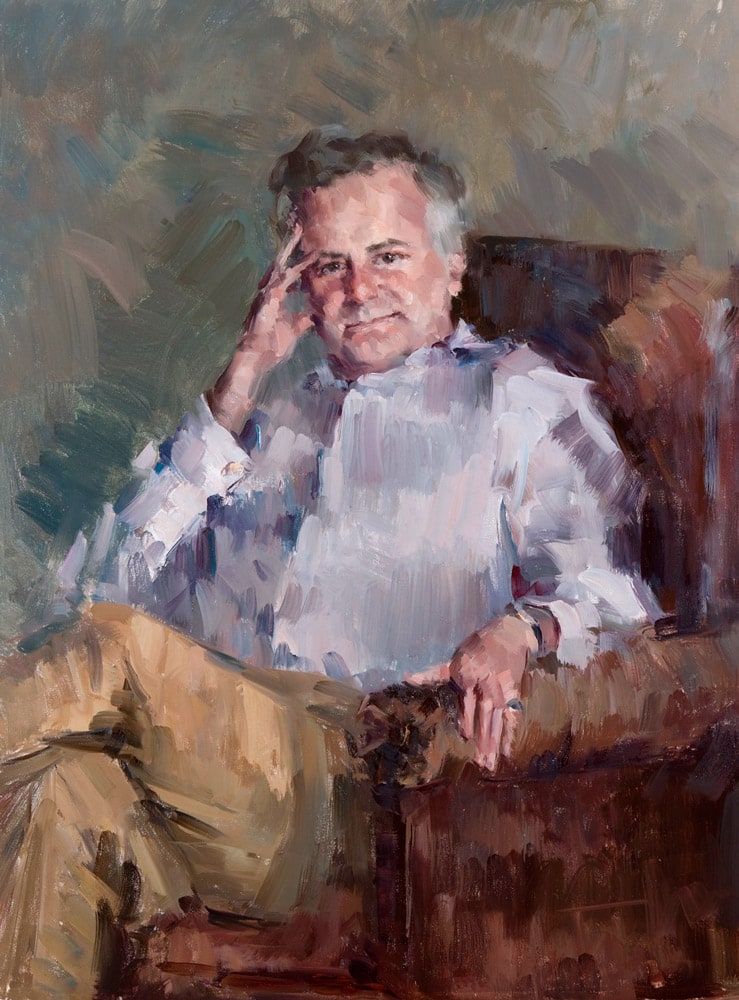 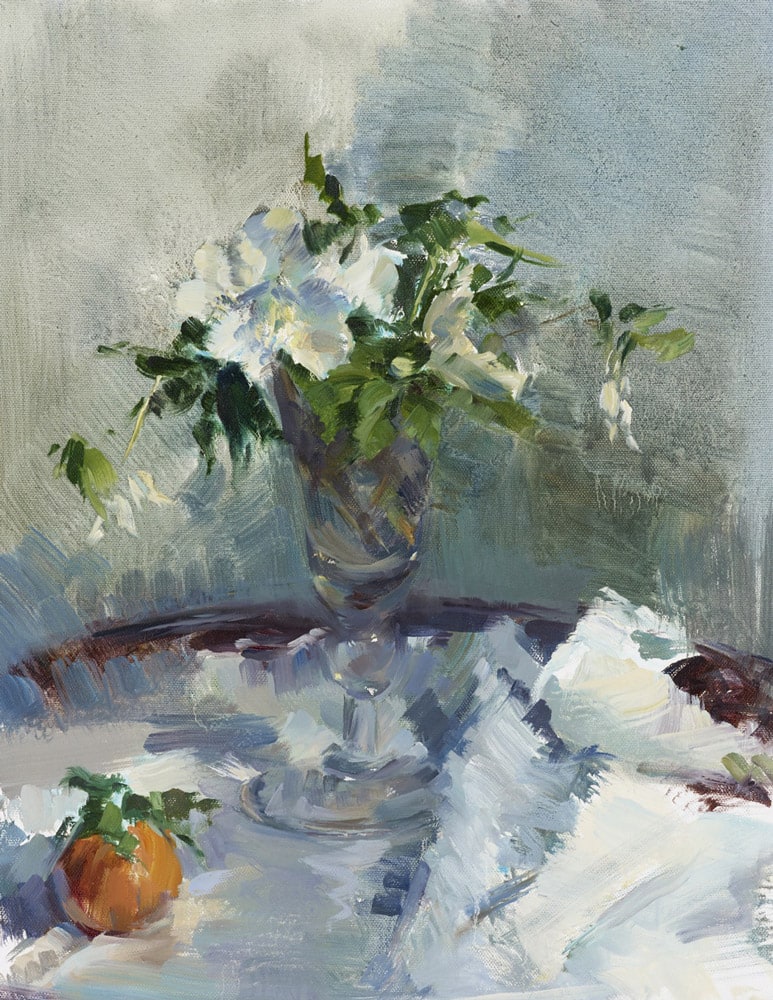 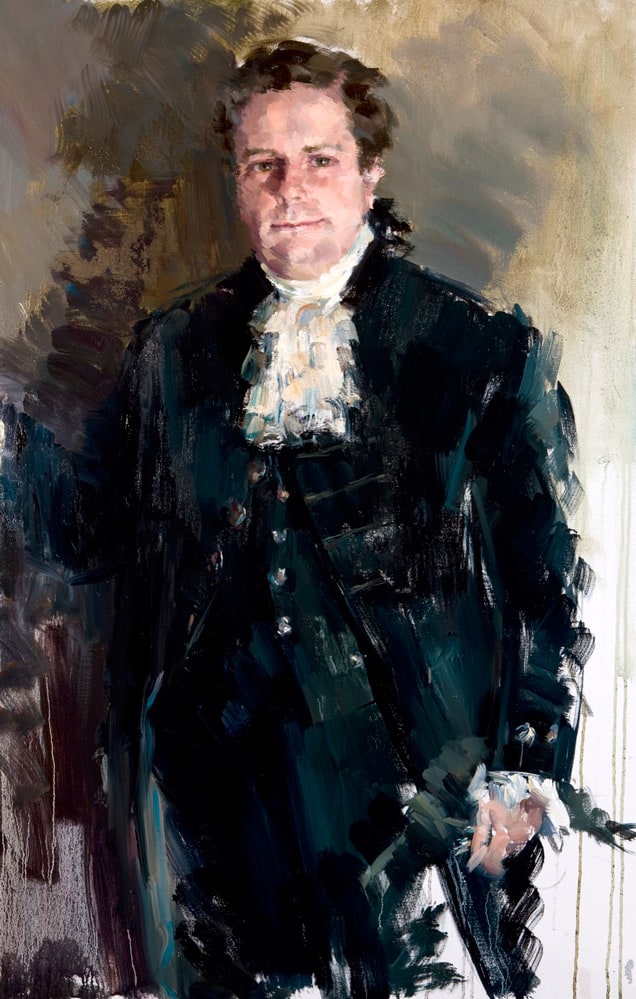 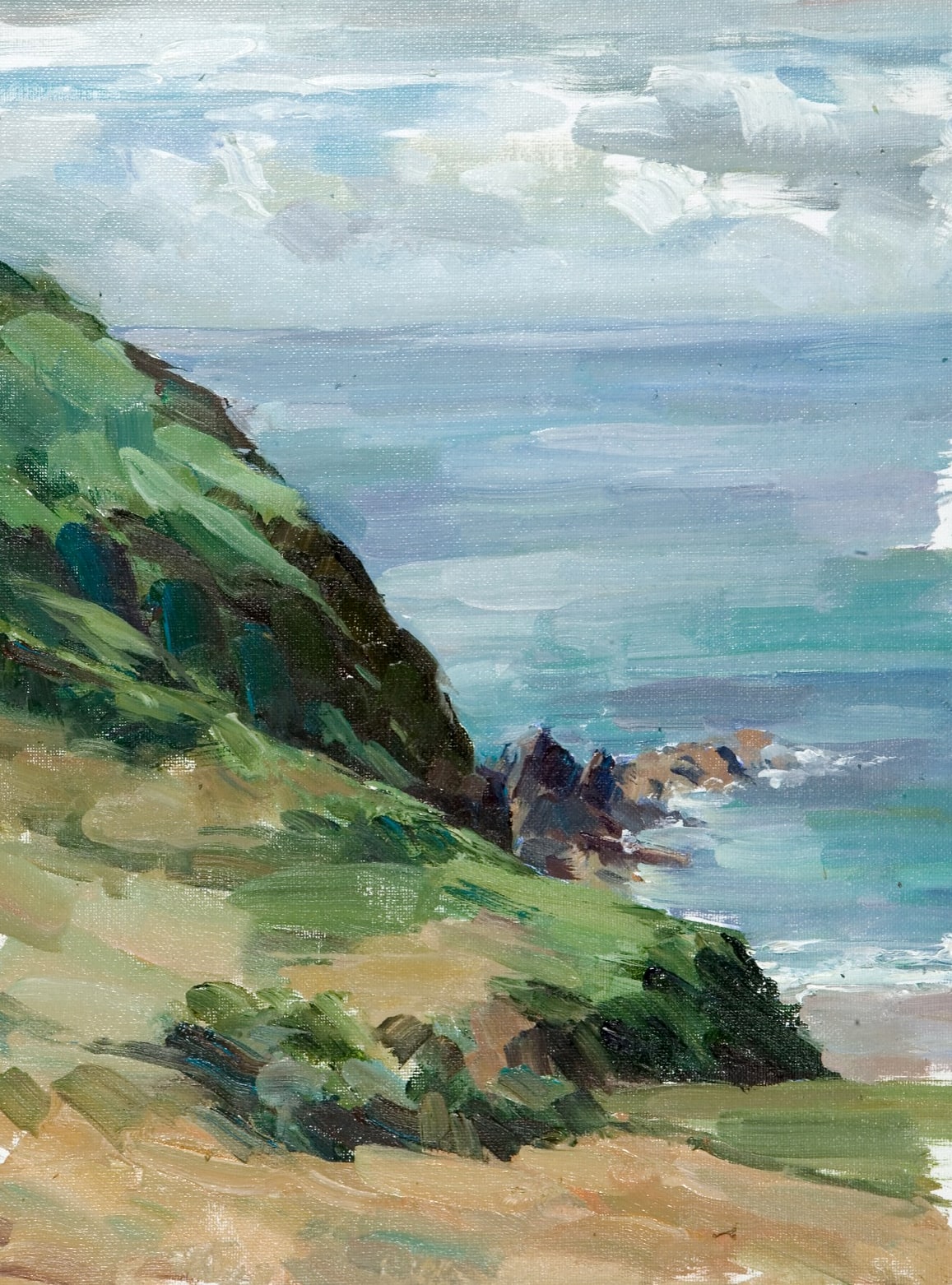 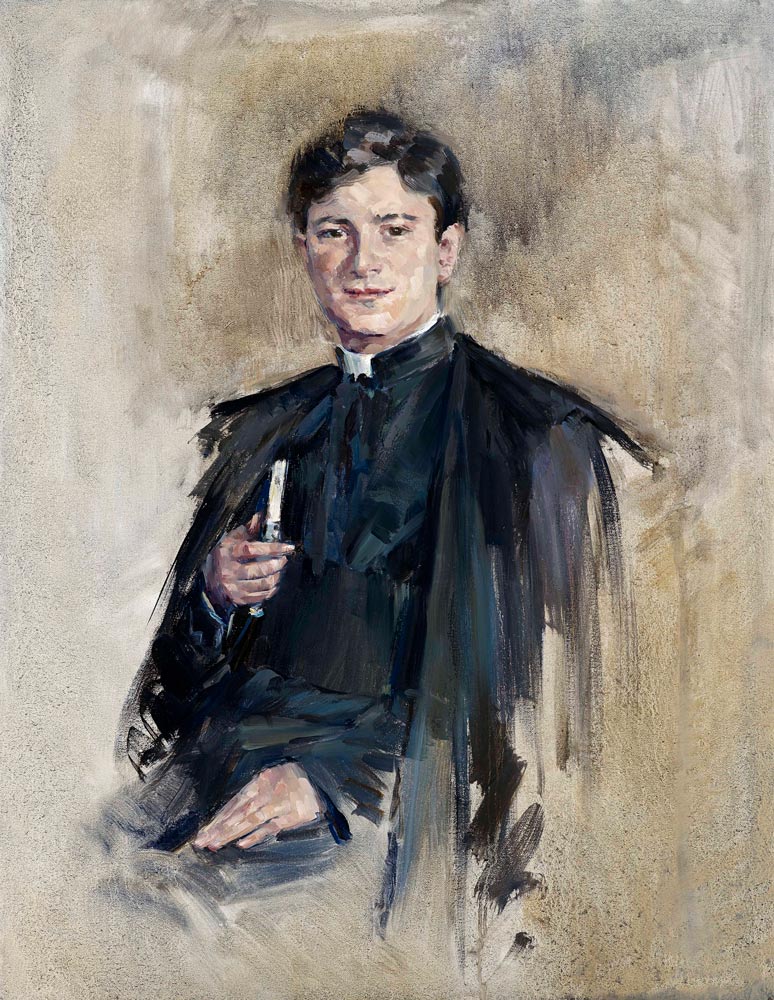 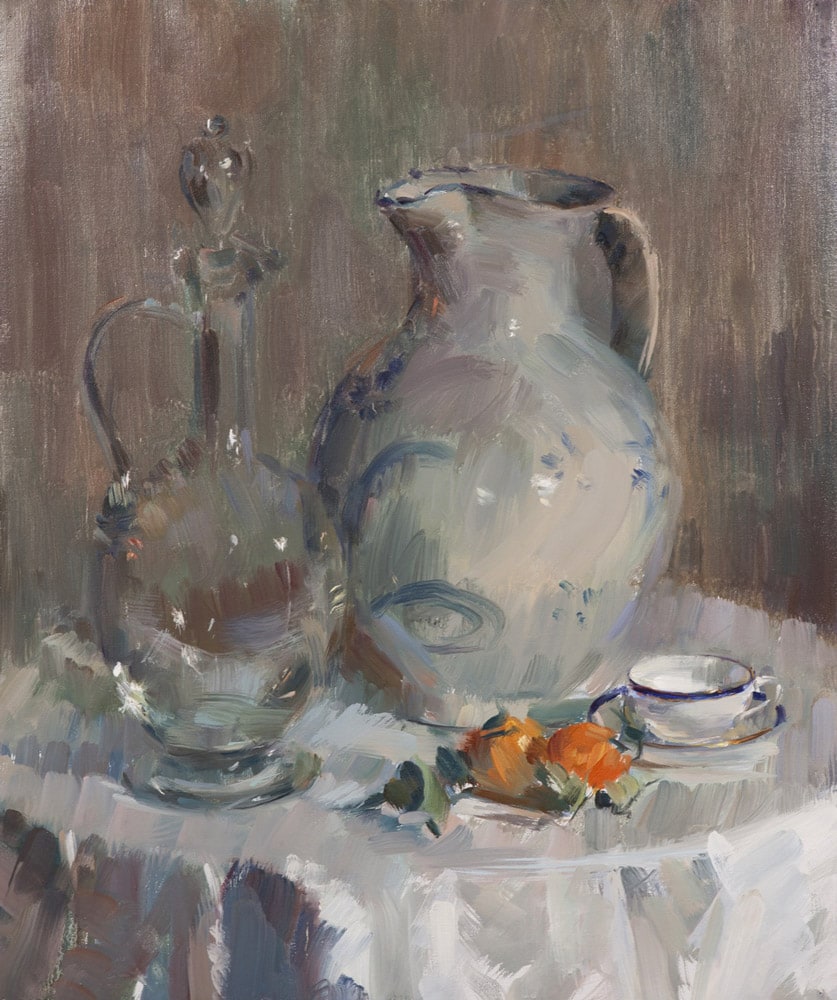 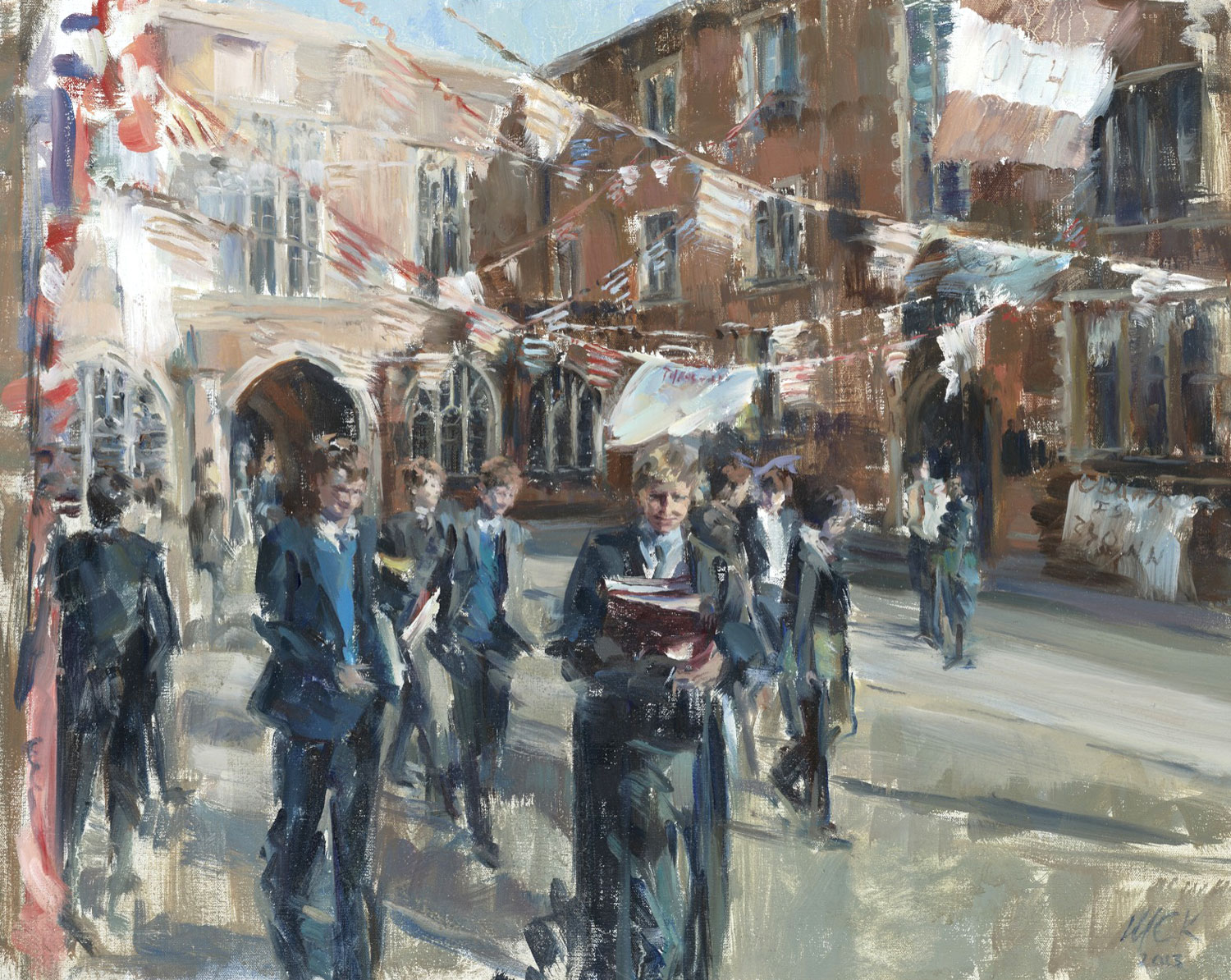 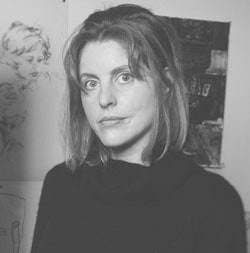 Marie-Claire Kerr (nee Black) was born in 1962 and brought up in Fife, Scotland. In 1978 she travelled to Spain to study as an apprentice to Catalan artist Joaquin Torrents-Llado, She returned to London in 1982, where she started her own studio.

Though her career has been mostly London-based, she has also spent considerable time on the west coast of the USA and in Paris, undertaking a number of commissions on both continents. Portrait commissions form the majority of her work, but flower paintings, landscape and still life also form an important part of her portfolio. She has exhibited at the Cadogan Gallery and the Royal Society of Portrait Painters exhibition and in collective exhibitions in London’s Cork Street. Marie-Claire now divides her time between her studios in London and Melbourne Hall in Derbyshire.

While I was influenced by the Spanish masters when I was living and studying in Spain, which was to some extent reflected in my work at the time, my style has since then evolved. My aim is to capture the spirit of the subject with strength and simplicity, building the painting with volumes of light rather than a more intricate approach.

There are so many painters whose work I love and admire, including Sargent, Van Dyke, Manet and Picasso, and the Scottish colourist Cadell, and I could go on! But the greatest masters of all time for me are Rembrandt and Titian whose work I have always found spell binding, fascinated by the way in both cases their work became more fluid as time went on, leaving ever more to the imagination.